Competition Prep Notes T-11 weeks (Or "the psychology of shredding")

(Acknowledgement - again, my thanks to Benny for his great efforts and in also allowing me to share part of his journey with you so openly!)

There are loads of theories out there for competition prep and coming in shredded. Whether your diet is high carb low fat or low carb high fat, whether you water-load, sodium deplete . . . or whether you do loads of cardio or not . . . or . . . whatever . . .

. . . there is one common element that you cannot escape and is a big challenge for everyone.

The discipline, focus, and commitment to get into great shape messes with everyone psychologically

So now matter which path you decide to take the FOUNDATION that you MUST set up properly from the start and maintain throughout is your mindset.

Everything flows from that. Without it, you will break your diet, have a blow-out "treat", or skip the cardio, or drop training intensity, or one of a myriad of ways to blow your chances.

The following is a couple of emails that addressed this aspect of competition prep (and in fact, is important for success in any area of life) - developing the vision and the passion to be able to do whatever it takes.

This is (or should be) the first step in your journey after setting the goal.

If you found yourself falling short at any point, this is where you need to come back to first (after also making sure that your goal was realistic)

This is where is all starts - you can have the best plan, the best coach, a team of scientists helping you . . . it means nothing if your foundations are not rock solid.

I've plotted the progress so you can get a good picture of where you're at.

The top chart is all three stats - body-weight, Fat% and Lean body weight.

I've shown the trend lines on the Fat%

See below for more future details.

This one shows the status at 1 June - and also has the forward projections so you can see where the fat% needs to head to reach the target for comp.

I've shown the trend line for target in red and your current path in green.

You can see where you were ahead early April but have just now crossed over the line.

LATEST Plan - May to Sept

Below is the second phase - a whole new plan for May - Sept.

I have added last night as an "unofficial" mini-review.

This gives you more detail of the projections and the targets.

With what we were talking about yesterday - I know it can be hard - especially when the goal seems a little way off.

But it is not that far - considering that there is a limit to the rate that you can lose fat sensibly and retain muscle.

You'll be able to relate it to football - a team has a great first half and gets 6 goals up - and then backs off.

By third quarter the opposition is up 1 goal.

Now it's a battle and could go either way.

At 10 minutes into the fourth quarter the opposition is up 5 goals - now it's difficult because there is a certain rate that you can score goals - it's rare to score 6 goals in 6 minutes.

I know this because with 35 comps under my belt, I've had a couple where I thought I had time to make up ground.

For my first comp I was really keyed up and in "panic" mode wanting to be in great shape - and I was as ripped as f**k.

I probably lost a little muscle though with over-dieting.

My diet principles back there were also wrong, so I had to work harder to counter the effects of some bad macro ratios.

This is what I am aiming to help you avoid - losing muscle - we're aiming for a full and hard look as well as ripped.

But first we have to get the fat off.

Some things that might help you with the focus

Different things work for different people - and what works can even change over time.

You can build a "package" around what works for you.

Here are some things to try:

The "what I don't want" approach

Positive is generally better I find - the mood is better - you want to feel that you're going to smash this, and feel strong and confident.

It depends what works for you.

See if these give you some good images - or help you create something that you really relate to.

My simple image for many years was simply imaging people saying "F**k, Look at the SIZE of him . . . "

Or maybe images after the comp work for you?

The other thing is to imagine how you want to look. (See images below) - more photos at bottom of email 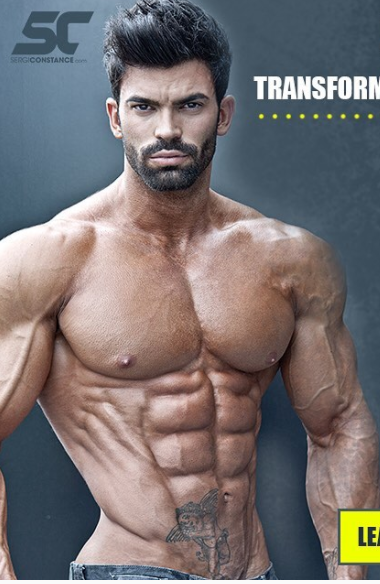 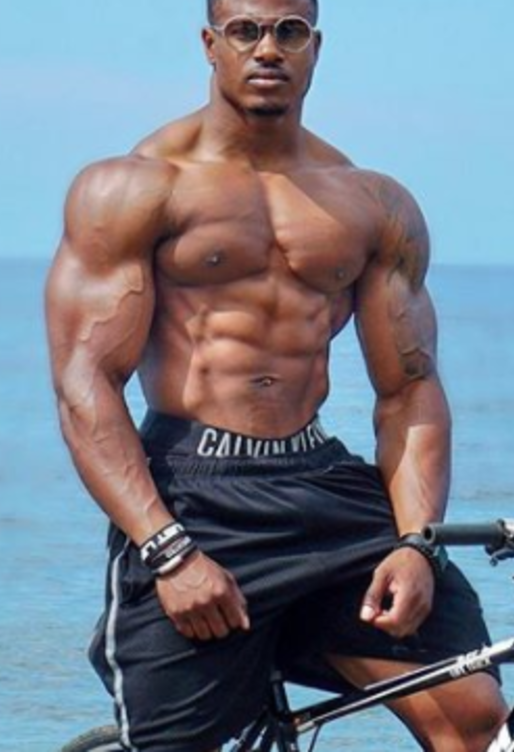 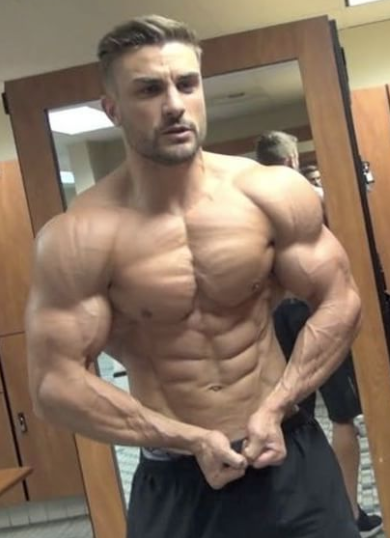 Thanks so much for all your efforts to date! I really appreciate how you have gone above and beyond for me. Im definitely impressed with your dedication. The charts are helping me identify my strengths/weaknesses.

Im definitely not freaked out but can see now how important it is to stay focused. My issues have never been with the training. The diet is definitely the hard thing!

Not that theres anything wrong with the diet. In fact im rarely hungry. It seems.

My trouble stems from sugar addiction. Im getting better, and your advice is helping me mate. Ive decided to take the same approach to my "blow outs" as to when I quit smoking. The "Ill just have one" mentality has to be overcome. I need to remind myself the challenge ahead requires discipline. Im confident I can achieve this and fight the urges I come across. Im not making excuses but I used food and alcohol an insulator to take the edge off when I quit smoking. So now I need to reprogram this part of me.

Im really pleased with how things are going to date, and realise to keep refocusing my goals to achieve my long term goal.

Thanks again mate for your awesome help!

Thanks for the email.

Don't worry - the diet is the hardest thing for most people.

The key, as you've mentioned in the last para is the vision and the focus - like most things, a strong vision will drive you through any challenge.

The top people in anything are the elite and are far above the "average" crowd - and they all got there with going the extra mile - and that only came about because they had a huge vision.

I think we can easily visualise the training with the muscle gains - but we need to do the same with the diet also.

The diet will produce the kind of "look" that will drop people's jaw.

You are not alone with the sugar cravings - I've been there many times over the years.

I was always really glad though when I got to the comp in ripped condition - the dieting didn't matter at that point and I was glad I'd stuck to it!! It was definitely worth it!

You've got great focus with the training - and a super-determination.

Now it is just a matter of tying the diet in with it - the realisation that the DIET is what will SHOW THE WORLD your efforts in the gym.

The VISION is what will drive it - the vision and knowledge of course that the diet is critical and will help achieve the vision.

Along the way though, I'd like you to ENJOY THE JOURNEY.

Look on it as a great experience.

Overcoming the cravings is like DIGGING IN FOR THOSE LAST FEW REPS when the muscles are screaming.

You laugh when you get to that point - because you enjoy the pain - you relate it to the GAINS.

You need to also LAUGH at the diet!

It's that "evil" laugh that you're pushing to limits that others can only dream of.

It's the evil laugh that you know people will look at you at comp time and say "WTF"!!!???

You can do it - good genetics and great attitude and determination.

I've given you some indication of what people think of extreme condition - see below.

I mentioned a while ago about the responses to Phil and that I'd send some info - here it is below.

This was a post - someone put him in a group "Yeah, he lifts" and he got good responses.

Note you can probably expand it to read the comments?

You can see in the comments below (yellow section) that not many believed it was natural - and everyone automatically thinks supps!!!

Truth is, he was on NO supps except creatine!

See below yellow section for more

It's interesting how many people think that this type of condition is not possible naturally - but it is - you just need a scientific approach to the diet and training, and of course, a LOT of discipline!

Warren Spalding don't care how much muscles are in that arm - that doesn't look healthy.

Cody Duke Steroids are not always anabolic. This is probably clen.

Quoc Nguyen too lean for my liking.. but hat off to you fella!

Anders Sørensen Clen helps on fat burning, but dont make your skin more thin, or pull the water out of your skin and into the muscles, or increase the seize of the veins like done in this picture.

Mack Waller I can see my house

Chris Buckley a crack head would fap to this

Julia Barabas thats so disgusting i cant even

Jeff Lamb No homo, but I wanna know wanna that arm feels like

Pat Mustard has he got allergies or what?

Andrius Kasparavichus Does he even eat?

Mike Bihary inb4 someone Photoshop's a knob where his hand is

Beau Glazner I know this arm and gym not the biggest natural getting around but the dude can get in shape!

Ryan Dobson That's at my gym.

Tony Jifkins If he painted his arm red it would look like he had no skin lol veiny as hell. Sure hes natural tho? thats some killer vascularness hes got there. Ive got nothing against abit of liquid assistance but If thats the case the dude needs to eat more and put on some size before he has a heart attack.

Ganen Nara Is that Goku hand?

Trevor Wolfe Aine O'Regan and i thought i was veiny

Grace Tohl Yep it is Shannon

Matthew Ragless Fcking gear head. There is no way you can grow muscle and be that lean without test, tren and clen. Eat clen, tren hard, test yourself.

Matt Watkins Skinny arm, but too vascular to be natural, must be on the gas

Brenton Forsyth is there any skin on that arm!!! lol

For more info, you can contact me directly: paul@paulandertonpt.com

Excited to get buff for summer? six key tips for a great bod

Lifetime natural - using a scientific approach to training and nutrition